TO SKIN A LEOPARD

sent by the Secret Field Police to save the Cape Colony

from a dark force called the ELOS, who have infiltrated

The boys must crush an ELOS plot to wipe out the

Xhosa natives of the Eastern Cape frontier then sell

the survivors into slavery in the American south.

The voyage sees Jamie and Iain battle with mutineers,

not only to save their own lives, but also those of two

young ladies who will become part of their future

An ELOS executioner pursues Jamie and Iain across

the killing fields of the frontier, hell-bent on murdering

them for the clues to a fortune in relics and treasure

buried by the Knights Templar five hundred years past.

The Xhosa clans are fighting a bloody war against the

British Army on the frontier, dying to win back their

lands and freedom against a general who takes 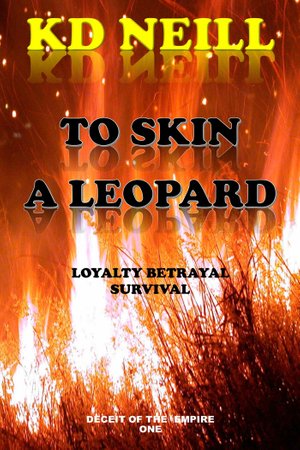 To Skin a Leopard

TO SKIN A LEOPARD is the first book of the trilogy, DECEIT OF THE EMPIRE, set in 19th Century South Africa. This is a book of fiction based on true events perpetrated by certain individuals on the Xhosa people of the Eastern Cape.

It tells of the initial colonisation of the British Empire in Africa from the Cape Colony and the ruthless war machine that is the British Army, controlled by an extreme, dark society called the ELOS, which has infiltrated the governments in London and in Cape Town.

The slavers have been put on notice by the ELOS to be ready to load the surviving Xhosa natives on to their slave ships and sell them to the Southern States of America and north to Lourenco Marques in Mozambique for the Portuguese and the Boers inland.

Only two men, Jamie Fyvie, and his friend Iain McColl, can save the Cape Colony and prevent the destruction of the Xhosa people.

Jamie and Iain have been recruited by the Secret Field Police, to emigrate to the Cape Colony, to work covertly under the guise of businessmen, find the ELOS infiltrators and capture or remove them. They have also been given ancient clues to prove or disprove the existence of relics and treasure buried by the Knights Templar five hundred years in the past. If the teasure does exist it must not fall into the hands of the ELOS to fund their ambitions of despotism.

On the ship sailing to Cape Town, Jamie and Iain battle with mutineers. Jamie is seduced by the woman in league with James Storer, who is not only the Colonial Secretary in the Cape Government, but is also the senior elder of the ELOS in the Cape and is trying to kill Jamie and Iain.

Jamie comes to regret his liaison with the woman as his feelings for the woman’s step-daughter grow deeper.

5.0 out of 5 stars, which I thoroughly enjoyed. The story is well written and believable.

Being very interested in history and loving South Africa (I lived there for a number of years), this book was a ‘must read’, which I thoroughly enjoyed. The story is well written and believable; the characters and settings, realistic – I remember seeing the Elephant’s Eye from the highway whilst in Cape Town.

The protagonist likes to think he is an adventurer, as does his friend. He is a charmer but tough, with a big heart and a sense of justice. He has a fighting spirit and does not suffer fools gladly or shy away from threatening behaviour. He may be a bit rough and ready, but you can see the attraction for a young lady.

A perfect book to take on a long journey or while lazing on the beach on holiday. I would definitely recommend it.

PROPHETS OF DEATH is the second book in the trilogy DECEIT OF THE EMPIRE.

The ELOS, a ruthless, dark society, have infiltrated the governments of Britain and the Cape Colony and now control the British Army and Navy in the colony. The Secret Field Police has been suspended due to the influence of the ELOS in London. The governor of the Cape Colony has been secretly replaced by an elder of the ELOS and is helping with the plot to decimate the Xhosa natives for good.

Jamie Fyvie and Iain McColl were under cover for the the Secret Field Police, but now have to go it alone. They are trying to close in on the leaders of the ELOS before they can execute their plans. They have to stay ahead of an ELOS executioner hell-bent on killing them for the clues to a treasure buried by the Knights Templar, to keep it for himself.

The boys have followed clues to try and find the ancient relics and treasure and receive help from an unexpected quarter. Jamie infiltrates a sordid party organised by the elite of Cape Town, who act out their sexual fantasies in the lair of the ELOS in an attempt to identify who is controlling the ELOS.

Time is running out for the Xhosa natives, will the chiefs believe the prophecy of the ancestors? Will they lead their people to start the killing and take them down the road to disaster?

Jamie and Iain are in a race against time to find the treasure, to stop the slave ships taking the Xhosa people and to defend their own loved ones against the evil of the EnLightened OneS, the ELOS.

The Xhosa clans are betrayed. The Royal

Navy is strangely absent as the slave

Will despair lead the Xhosa chiefs

to believe the words of the false

prophets and order the killing to begin?

Jamie Fyvie and Iain McColl find a clue that

could lead to untold wealth buried by the

Knights Templar, hundreds of years in the past.

The spirits of the Knysna Forest exact their

revenge. In the bleak mountains beyond

will the ancient clue prove true or false?

Can Jamie and Iain protect their own loved

ones? Can they both stay ahead of the

assassins of the ELOS? It’s a race against

time to stop the architects of genocide.

The third book from the trilogy, Deceit of the Empire

For over two decades the Xhosa clans have
languished on overcrowded barren land with
no meaningful future in sight under the oppression
of the British Empire. The sons of the old chiefs call
for war once again with the old foe, the Mfengu
Levies and with them the Imperial British Army.

come under attack from an unknown assailant.

The arrival of a British secret service agent signals the return of their old adversary, the ELOS. They want the diamond mines and revenge on Fyvie and McColl.

Their businesses and homes in danger, Jamie and Iain

ahead of the ELOS assassins across an explosive

frontier. The ELOS have infiltrated the Cape Colony government and now have the power to control the

A devious deception eventually lures the sons of the

old chiefs into conflict. The ELOS are back to cause

the excuse to ride out along the frontier to inflict

death and destruction in a final conflict.

KD Neill was born and raised in Scotland. He went to work in South Africa for two years but fell in love with the country and the continent, the people and the way of life and ended up spending more than half his life there travelling Southern African countries. He now lives in Scotland but plans to return to SA soon.

He is an accomplished composer and singer with half-a-dozen albums recorded including a Christmas album, he hopes to get back into a recording studio in the near future. He has performed in a venue sharing the billboard (not the stage) with Frank Sinatra, Rod Stewart, Elton John, Shirley Bassey, The Osmonds to name but a few.

He has now realised his life-long dream of writing a novel. His debut novel: "TO SKIN A LEOPARD", is the first in the trilogy: "DECEIT OF THE EMPIRE".

The second book in the series: "PROPHETS OF DEATH", is also available on Amazon as is the third book of the trilogy: "WEEP THE RIGHTEOUS WARRIOR". Enjoy the books. 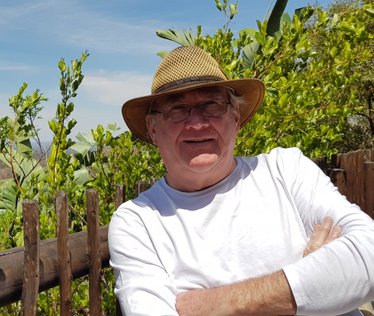 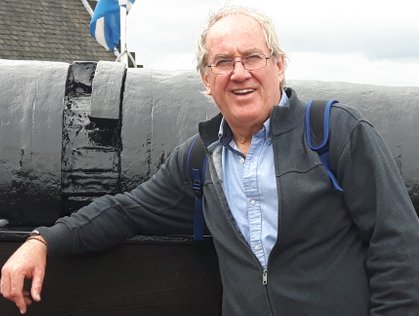